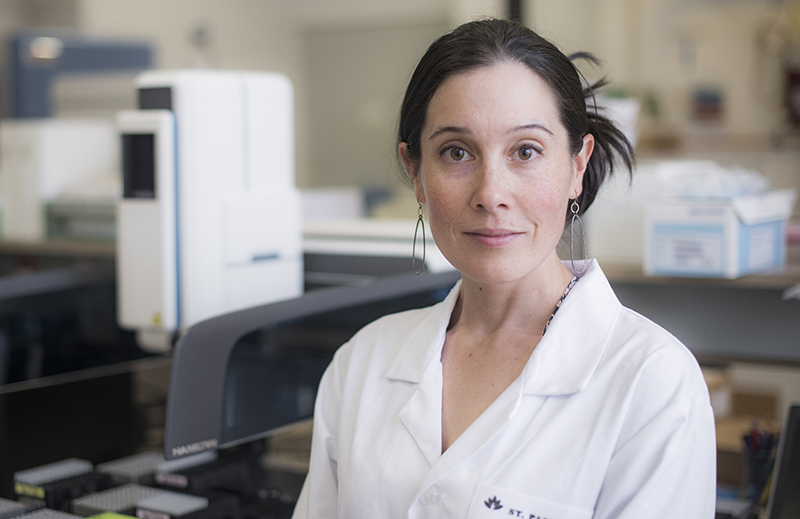 The BC-CfE’s Laboratory and its Director, Dr. Zabrina Brumme, are celebrating another recent success in being awarded grant funding for research. The BC-CfE, along with frequent collaborating partner Simon Fraser University, are now a part of the U.S.-based Research Enterprise to Advance a Cure for HIV (REACH) Collaboratory.

The REACH team was awarded $28.5 million in funding over five years from the US National Institutes of Health (NIH) through the Martin Delaney Collaboratory funding mechanism for HIV cure research. The team leadership is based at Weill Cornell and Rockefeller Universities, and participating labs are scattered across America with international teams in Canada, Uganda, and Mexico.

The BC-CfE laboratory is delighted to continue our longstanding collaboration with Dr. Brad Jones’ laboratory at Weill Cornell Medicine, by now playing a key role in the newly-established REACH Collaboratory. The BC-CfE lab will play a major role in REACH by characterizing the HIV copies that continue to persist in the body despite suppressive antiretroviral treatment, so that we can develop strategies to help the immune system recognize and eliminate these viral copies. REACH, along with other cutting-edge research in HIV persistence taking place around the world, including here at BC-CfE, will bring us closer to our ultimate goal of developing an HIV cure

Dr. Brumme will be playing a leadership role on one of the REACH projects and will also be on the team’s executive committee. The Collaboratory program was launched in 2010 in honour of the late HIV/AIDS activist Martin Delaney and the goal of the program is to “expedite HIV cure research by bringing together researchers from multiple academic institutions, as well as the private sector, community and government partners to share common resources, data and methodologies.”

In addition to its laboratory research, the REACH team also works to connect with individuals and communities impacted by HIV, both at home and in international locations such as Uganda and Mexico. This community outreach is considered a critical component of the REACH program. “We seek input from the community to hear about what a cure means to them and what types of treatments would be acceptable and better than the current course of medication,” said Dr. Jones, Associate Professor at Weill Cornell Medicine and co-Principal Investigator of REACH. “We also want to help inform the community about the current state of the science and have them participate in future clinical trials.”

“We have learned so much about how HIV persists over the past decade. The next five years will be so critical to addressing the remaining gaps in knowledge, and then using this deeper understanding to design next generation therapeutic approaches,” Dr. Jones said. “With the ongoing support of the NIH and the communities of people living with HIV, I do believe that a cure for HIV is within reach.”