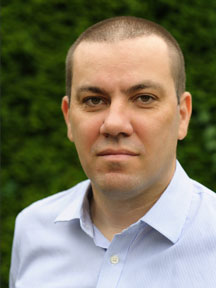 Daily cannabis use may lower HIV viral loads, suggest remarkable findings from a relatively new field of research. The BC-CfE study, led by Research Scientist Dr. M-J Milloy, is believed to be the first to describe a possible beneficial effect for cannabinoids – such as marijuana – on HIV disease progression among humans.

High levels of cannabis use are reported by some HIV-positive people in attempts to ease the side effects of triple-drug therapy regimens, as well as recreationally. However, the scientific evidence base for cannabinoids is limited, and their effect on HIV disease parameters such as HIV viral load (the amount of virus in a person’s blood) is largely unknown.

Between May 1996 and March 2012, 149 individuals who were HIV-negative at their baseline study interview later tested positive for HIV infection. Of these, 88 (62%) individuals completed at least one interview and viral load observation within the year following the estimated date of HIV infection.

Among the 88 individuals, researchers observed significantly lower viral loads that were independently associated with people reporting at least daily cannabis use in the first year following HIV infection. The results support further investigation of the possible virological and immunological effects of cannabinoid exposure among HIV-infected people.

The current findings should be evaluated in light of a growing body of evidence generated from pre-clinical settings on the structure and function of the endocannabinoid receptor system and its possible role in HIV disease. Cannabinoids, including tetrahydrocannabinol (THC – the chemical responsible for most of marijuana’s psychological effects), bind to receptors expressed by cells in the nervous and immune systems and have been shown to have beneficial immune-suppressive and anti-inflammatory properties.

Researchers noted one similar study conducted on primates. Although great caution should be exercised when inferring similarities between data generated in primates and human participants, the observed association is consistent with the findings of a study involving chronic exposure to THC among rhesus macaques infected with HIV. In that study, monkeys exposed to THC showed lower viral loads, greater retention of body mass, reduced inflammation and lengthened survival compared with those exposed to placebo.

Dr. Milloy's independent research into HIV and cannabis is supported by a $1-million gift to the University of British Columbia Faculty of Medicine by National Green Biomed Ltd.