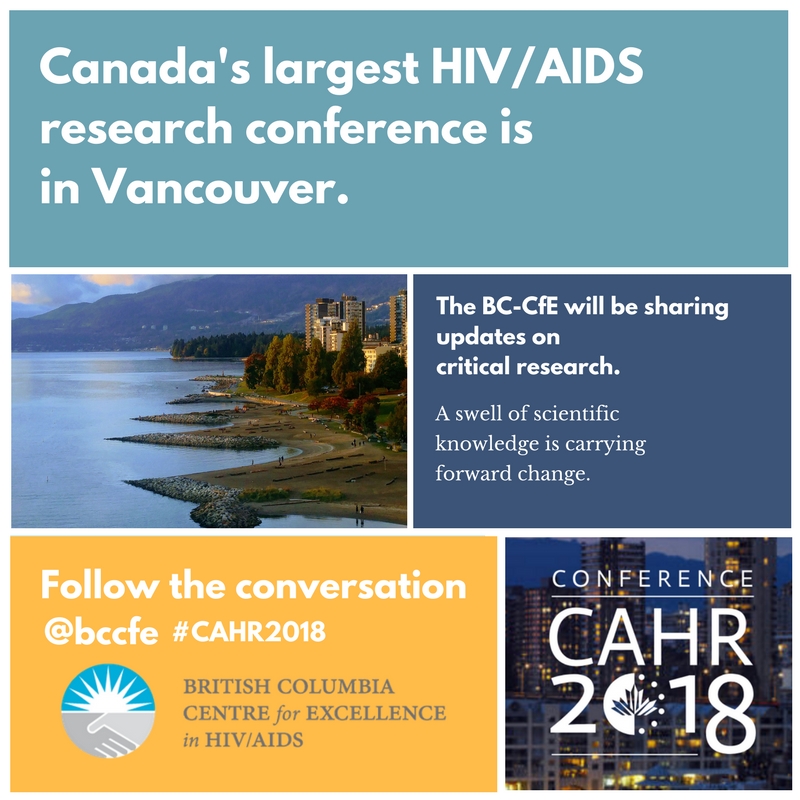 The largest Canadian HIV AIDS conference is in Vancouver this April, bringing with it over 800 researchers. This conference is coming at a time of great forward momentum in the fight against HIV and other infectious diseases such as hepatitis C. A swell of scientific knowledge has carried forward recent and very significant health policy changes, both in the province of British Columbia and across Canada.

Treatment as Prevention as the foundation for Undetectable = Untransmissable

The scientific consensus that Undetectable = Untransmissable, based on the foundation of Treatment as Prevention. TasP, pioneered by the BC-CfE and first introduced to the world by Dr. Julio Montaner in 2006, is the concept that on sustained and effective treatment a person living with HIV will achieve a level of undetectable virus. At that point, an individual cannot realistically transmit the virus to others. In 2017, the US Centers for Disease Control and Prevention (US CDC) declared that “people who take ART [antiretrovirals] daily as prescribed and achieve and maintain an undetectable viral load have effectively no risk of sexually transmitting the virus to an HIV-negative partner.”

Increased knowledge and awareness of HIV becoming undetectable through treatment will help reduce stigma and change how we address HIV nondisclosure. At CAHR, BC-CFE researchers will be sharing research on knowledge of TasP. For example, TasP awareness could even be one of the factors leading to increased sexual pleasure among marginalized women who are living with HIV. Be sure to catch BC-CfE posters for updates on research around TasP and TasP awareness, including from the CHIWOS, Momentum and CANOC studies.

PrEP as an accessible prevention tool in the fight against HIV

For British Columbians, PrEP is now added as an accessible prevention tool in the fight against HIV. Starting on January 1, the province of B.C. has covered the costs of pre-exposure prophylaxis treatment, also known as PrEP, for at-risk patients.

Researchers from the BC-CfE will be sharing findings from the Vancouver-based Momentum Study on knowledge of PrEP among gay and bisexual men who have sex with men. In another finding to be highlighted, researchers will speak to how PrEP, alongside a scale up of Treatment as Prevention, could lead to the elimination of HIV in B.C. BC-CfE Mathematical Modeller Ignacio Rozada will be presenting this research on Saturday, April 28 at 11:00 a.m.

The conference is also coming at a time when, through access to effective treatment, people with HIV are living longer. Benefits of antiretroviral therapy (ART) to treat HIV include reductions in morbidity, mortality and transmission resulting in significant improvements to individual health and a virtual elimination of HIV transmission. We are now starting to explore what specific and unique health conditions or comorbidities are affecting individuals ageing with HIV.

At CAHR, the BC-CfE’s COAST Study will be sharing research on the shift in mortality among individuals with HIV from HIV-related causes to other causes such as cancer and diseases of the cardiovascular and respiratory diseases. Look for a COAST Study presentation by the BC-CfE’s Kate Salters on Saturday, April 28 at 3:45 p.m.