Marginalized Communities and AIDS: Beyond Moral Issues to Health Care for All 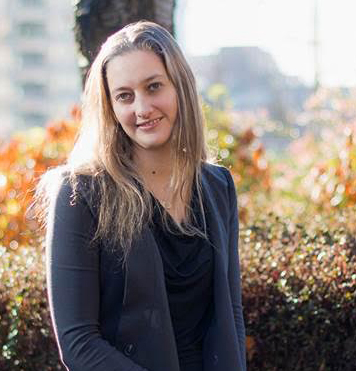 This blog was originally posted on the Research2Reality website.

Universal access to health care is a point of pride for Canadians. However, it is no secret that there are many barriers to accessing the medical system, especially for stigmatized and marginalized communities.

Dr. Kate Shannon, Associate Professor of Medicine at the University of British Columbia (UBC) and Director of the Gender and Sexual Health Initiative (GSHI) at the BC-CfE, is an advocate for health and human rights in the context of HIV and AIDS, addressing inequities by effecting change at the policy level.

“We know from the kind of landscape of HIV epidemic over the last 20 years that marginalized communities, particularly youths, sex workers, migrant women, and Indigenous and other racialized communities are disproportionately impacted by the [AIDS] epidemic, and we know that women living with HIV continue to be disproportionately impacted both in the global South and North. My work with my team really seeks to look at how structural factors, so things like laws, policies, migration as well as social environment, so housing, gendered violence, shape the HIV response in sexual health and HIV inequities for those communities,” explains Shannon.

Her work looks at the factors that shape barriers to accessing care, understanding which programs are working and why, and how to bridge or better address any gaps that exist. Social science, social justice work, and policy reform are vital cross-disciplinary collaborations to ensure the best response.

It should perhaps come as no surprise that the decriminalization of sex work could have a significant impact on the course of the AIDS epidemic across Canada, allowing sex workers to be less isolated and advocate for safer sex. Dr. Shannon participated in a legal intervention in the landmark Bedford v. Canada case, where the Supreme Court of Canada struck down laws around prostitution and opened a broader policy discussion.

Beyond moral debates, basic safety and human rights for sex workers need to be upheld. Shannon explains that “for many, the second they hear the context of something like sex work, the framing of that for many people brings on ethical questions. We really need to move beyond that to a kind of framing of human rights for all and recognizing that this is about access to health and social justice for all communities.” Curious to learn more about the fight against HIV and AIDS? Check out the Research2Reality Orange Chair Interview with Dr. Julio Montaner, a global pioneer and champion of Treatment as Prevention in HIV and AIDS.

Dr. Kate Shannon is Director of the Gender and Sexual Health Initiative (GSHI) at BC-CfE, and an Associate Professor of Medicine at the University of British Columbia. She holds a Canada Research Chair in Global Sexual Health and HIV/AIDS and currently leads a large program of research on sexual health, HIV, and social inequities among marginalized populations, including sex workers, women living with HIV, new im/migrant and refugee, and gender and sexual minority populations in Canada and sub-Saharan Africa. Her work has contributed substantially to local and global policy discussions including expert evidence and a legal intervention at the Supreme Court of Canada (Bedford). She has regularly acted as an expert consultant on sexual health and HIV international guidelines, including WHO, UNAIDS, International AIDS Society, and Global Commission on HIV and the Law.