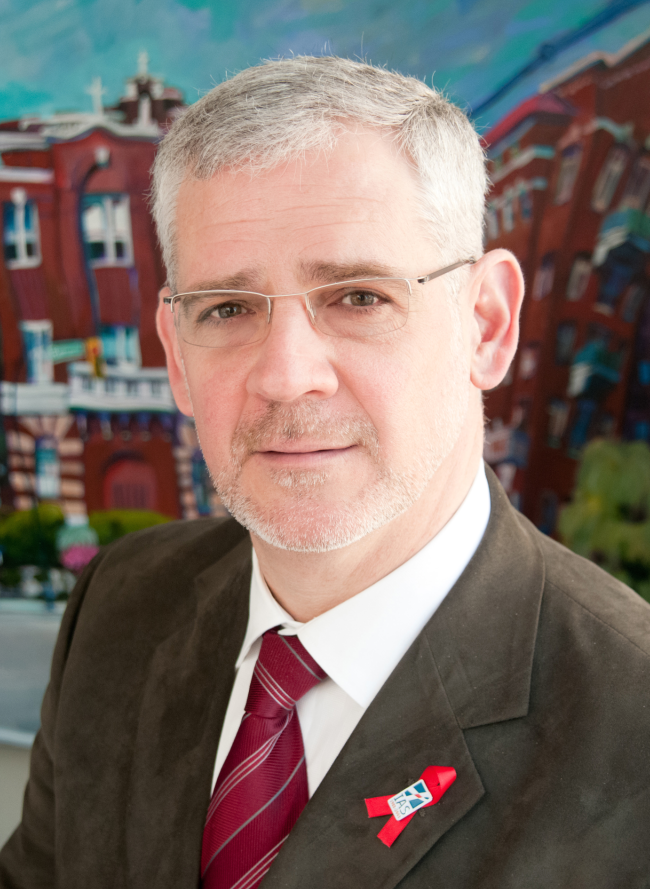 Julio Montaner, OC, OBC, MD, FRCPC, FCCP
Dr. Montaner received his MD with Honours in 1979 at the University of Buenos Aires, Argentina. In 1981, he joined the University of British Columbia as a post-doctoral fellow, completed a residency in Internal Medicine and Respiratory Medicine and was Chief Resident for the Department of Medicine in 1986/1987.

In 1987 Dr. Montaner joined the Faculty at St. Paul's Hospital/University of British Columbia as the Director of the AIDS Research Program and the Infectious Disease Clinic. He held a National Health Research Scholar of Health Canada (NHRDP) for a period of 10 years starting in 1988. He is a founding co-Director of the Canadian HIV Trials Network. He has held the Endowed Chair on AIDS Research at SPH/UBC since 1996. In 1997, he was appointed Professor of Medicine at UBC. He is the Director of the BC Centre for Excellence in HIV/AIDS. He was the President of the International AIDS Society from 2008-2010 and currently is the Local Co-Chair of the 8th IAS Conference on HIV Pathogenesis, Treatment and Prevention which will be held in Vancouver July 19-22, 2015. Recently, he has been assigned the position of Global Advisor on HIV Therapeutics to the Executive Director of the United Nations AIDS Programme.

Dr. Montaner has authored over 800 scientific publications on HIV/AIDS. He has focused his research in the development of antiretroviral therapies and management strategies. In the mid 90’s, as the PI of the INCAS Trial, he played a key role in establishing the efficacy of NNRTI based highly active antiretroviral therapy (HAART), which emerged as the new global Standard of Care at the 1996 Vancouver International AIDS Conference, of which he was a co-organizer. He then focused his attention to HAART access to hard to reach populations, including injection drug users, and the treatment of multiple drug resistant HIV infection with great success. Since the late 90’s he also pioneered the concept of Treatment as Prevention (TasP). He was the first to advocate for the expansion of HAART coverage to curb the impact of the HIV/AIDS pandemic, in terms of decreasing progression to AIDS and death, as well as decreasing HIV transmission. Largely through his efforts, TasP has now been implemented with great success in BC, and progressively embraced by UNAIDS, China, PEPfAR, the US Government, and France, among others. In 2013 TasP was fully incorporated in the WHO Consolidated ARV Guidelines.

The impact of lookback windows on the prevalence and incidence of chronic diseases among people living with HIV: an exploration in administrative health data in Canada
2022 | BMC Med Res Methodol
Evolving patterns of antiretroviral drug interactions in people with HIV in British Columbia, Canada
2022 | AIDS
Excess burden of age-associated comorbidities among people living with HIV in British Columbia, Canada: a population-based cohort study
2021 | BMJ Open
END_OF_DOCUMENT_TOKEN_TO_BE_REPLACED