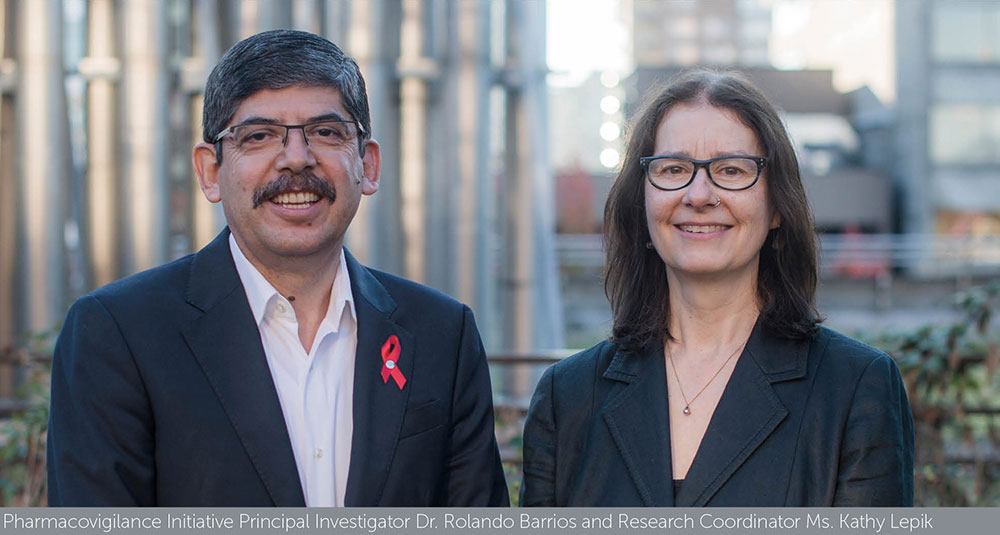 The study included 8,571 PLWH who received both ART and non-antiretroviral medications. Researchers found that the proportion of ART-treated PLWH having at least one drug interaction significantly declined from 85% in 2010 to 71% in 2016. The proportion with a non-recommended (“avoid”) drug combination also fell from 5.6% to 3.2% during this time period.

Reports of drug interaction-related ART changes received by the Pharmacovigilance Initiative also mainly involved interactions with ritonavir or cobicistat-boosted protease inhibitors. In particular, drug interactions between the “boosted” ART and inhaled corticosteroids such as fluticasone (used to treat asthma and allergies) were observed throughout the study period and were associated with adverse events including adrenal suppression.

- Pharmacist Kathy Lepik, Research Coordinator of the BC-CfE Pharmacovigilance Initiative, and project lead for this study