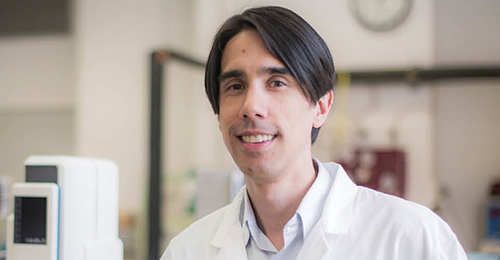 First introduced in the mid-1990s through the pioneering work of BC-CfE Executive Director and Physician-in-Chief Dr. Julio Montaner, combination antiretroviral therapy (cART) is a pillar of the Treatment as Prevention strategy that has enabled people living with HIV to live longer and healthier lives and has dramatically reduced the risk of HIV transmission.

Despite their obvious benefits, the high cost of brand-name antiretrovirals reduces cART availability, especially in lower-income countries. In BC, cART is distributed at no cost to patients via the publicly funded BC-CfE Drug Treatment Program (DTP). To reduce costs to the program – thus allowing the BC-CfE to deliver a broader range of services to persons living with or at risk of acquiring HIV – the DTP began dispensing a generic efavirenz-emtricitabine-tenofovir DF (EFV-FTC-TDF) combination pill when it became available in April of 2018.

In a recently published study titled “Untimed Efavirenz Drug Levels After Switching From Brand to Generic Formulations,” Birgit Watson, Kieran Atkinson, and other members of the BC-CfE Laboratory’s Therapeutic Drug Monitoring team, used high-performance liquid chromatography and tandem mass spectrometry (HPLC-MS) to evaluate the rollout of the generic pill in BC.

The study’s senior author, Dr. Chanson Brumme, explains: “Health Canada’s quality standards for brand name and generic drugs are identical. Drug manufacturers must show that people absorb and metabolize the brand and generic products in the same way. However, these analyses are usually performed in volunteers without HIV. This means we have limited ‘real-world’ data on the suitability, efficacy, and safety of generic antiretrovirals in the people who benefit most from cART.”

This study was carried out with help from 99 consenting DTP participants who switched from brand name EFV-FTC-TDF to the generic equivalent. By measuring EFV concentrations in plasma samples originally collected for routine viral load testing, the researchers demonstrated that participants’ EFV concentrations remained essentially unchanged after switching drug formulations. This finding suggests that participants were getting the same benefit from the generic formulation. Indeed, all participants’ viral load maintained low or undetectable after switching, and no adverse events were reported.