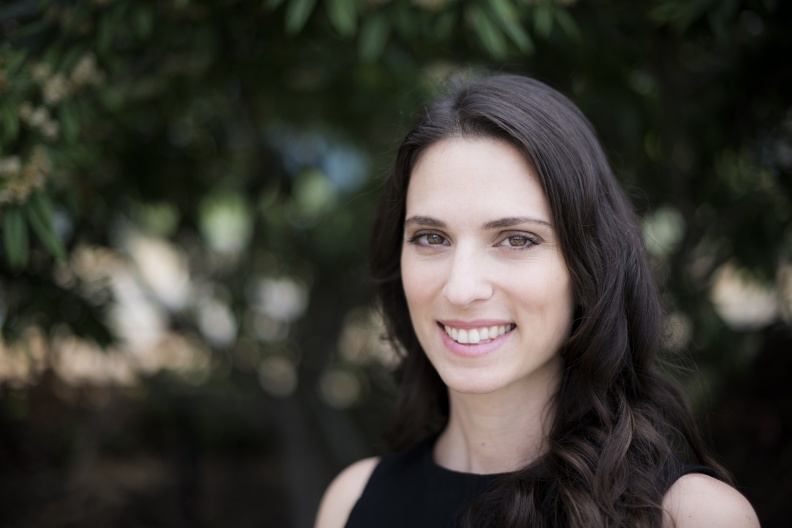 Research Assistant Elena Argento works with the BC-CfE’s Gender and Sexual Health Initiative (GSHI), and is currently pursuing doctoral studies at the University of British Columbia (UBC) in the Interdisciplinary Studies Graduate Program. Her research at the BC-CfE mainly focuses on HIV risks among sex workers in Vancouver. She mines data and surveys from sex workers—both women and men—to uncover the impact of criminalization of their industry on their overall health outcomes.

Elena’s research has previously taken her to India and Brazil, where she also explored how to improve access to health and basic human rights for marginalized populations (in particular, sex workers and those with mental health and substance use problems). In May, Elena picked up a New Investigator Award at the Canadian Association for HIV Research (CAHR) Conference in Winnipeg, for the work she presented on the GSHI’s CHAPS Project. The community-based research—launched in 2012 with HUSTLE, the Health Initiative for Men (HIM) and other organizations—aims to better understand the sexual health and HIV risk environment of men in the sex industry. This group is often overlooked in research within the sphere of sex work.

Elena also recently received a Canadian Institutes for Health Research (CIHR) doctoral award to continue research based on the AESHA research cohort, the longest standing project of GSHI. The project has, to date, interviewed around 1,000 women sex workers who work in street or venue-based settings, including massage parlours and brothels. Elena was the lead author of a paper published in the journal AIDS and Behavior on community empowerment and social cohesion as a tool for helping sex workers decrease their risk of HIV (i.e., not accepting clients who refuse condoms). To add to this, in June, it was announced Elena had received a Killam Doctoral Scholarship, the most prestigious awards available to graduate students at UBC!

Elena spoke with the BC-CfE on her ongoing research and its potential to reshape our laws and narratives around sex work in Canada.

BC-CfE: What first brought you to study the topic of sex work and sex work legislation?

Elena Argento: During my master’s program in public health, I was given the opportunity to work with a community-based sex worker organization in south India. I spent a few months in Mysore conducting interviews with sex workers, their boyfriends, lodge owners and police officers on how the community-led HIV prevention project confronted structural violence. Working with GSHI at the BC-CfE sparked an interest in the laws around sex work, especially in the context of recent amendments to Canadian legislation. The research highlighted for me the importance of decriminalization in reducing social and health-related harms for sex workers.

BC-CfE: You have recently been awarded grants from CIHR and CAHR, two prominent organizations in the field of HIV research. What does it mean to you to win this type of recognition for your work?

EA: I am really honoured to win the New Investigator Award on behalf of the GSHI team and community partners at the Health Initiative for Men/HUSTLE, especially since male sex workers and clients have been largely ignored in both research and laws around sex work. It is great to see this work highlighted in a nationwide conference. I am equally delighted to receive a CIHR Doctoral Award. This recognition further supports research and evidence on how to reduce health inequalities among marginalized populations. It also helps bring often-neglected issues to the forefront of the public health debate, such as the impacts of criminalization of sex work. The end goal is to facilitate constructive engagement with policymakers in order to support evidence-based decisions around sex work in Canada.

BC-CfE: Do you think that policies and attitudes around sex work are shifting thanks to research like the work being done at the BC-CfE?

EA: Absolutely. The BC-CfE is a leading research institution making a difference in the lives of populations not just locally, but on a global scale. The GSHI is actively involved in changing policies and public perceptions around sex work; for example, the GSHI previously intervened in the Bedford vs. Canada case at the Supreme Court, which resulted in the court ruling criminalization of sex work in any form a human rights violation for sex workers.

Our research continues to provide critical evidence for upcoming Charter challenges related to sex work criminalization. With AESHA and the addition of the CHAPS project, the voices and experiences of women and men in the sex industry, including clients, are finally being heard. This work is helping to address significant concerns around health for sex workers. Our research shows policymakers, as well as the general public, the importance of a legal and structural framework to promote safety and human rights for sex workers.