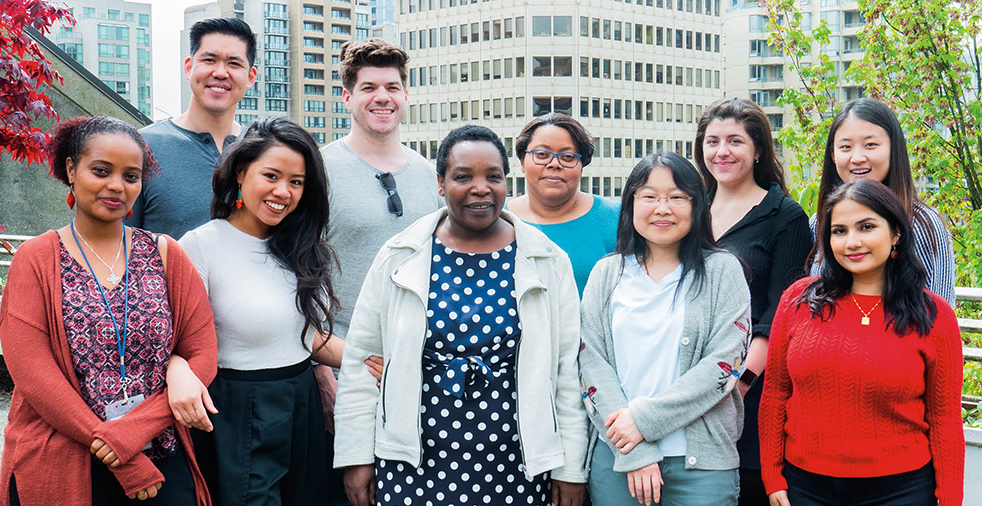 Thanks to the introduction of highly active antiretroviral therapy (HAART) in the 1990s and the BC-CfE’s Treatment as Prevention strategy, people living with HIV (PLWH) in BC are now able to live longer lives. With an increased lifespan, morbidity and mortality from non-AIDS comorbidities have emerged as major concerns.

This population-based cohort study described and compared trends of nine chronic age-related comorbidities among PLWH against a control group. The population-based nature of this study was one of its major strengths, as it included a large number of participants, a 12-year observation span and the ability to seek connections between several provincial healthcare databases. This access enabled an extensive review of individuals’ healthcare use, including physician visits, hospitalizations, and prescription medications.

Through the course of the research, Ditha and her colleagues found PLWH experienced higher prevalence and earlier age at diagnosis of non-AIDS comorbidities than their HIV-negative controls. For instance, we now know PLWH experienced 10 times the burden of liver diseases compared with HIV-negative controls (25.3% vs 2.1%). This was the greatest disparity seen among all chronic diseases. Prevalence of COPD, liver and kidney diseases were found to be substantially elevated among PLWH with a history of injection drug use.

Ditha said, “Overall, this study stresses the need for optimized general clinical screening for chronic diseases at an earlier age among people living with HIV(PLWH). Additionally, our study illustrates a vigorous and replicable methodology that will improve the validity of studies of disease burden, particularly those using administrative health data. In the continuous efforts to address the gaps in care for aging PLWH in BC, our study contributes approaches which address some potential biases that may arise when comparing PLWH to HIV-negative individuals including consideration of differences in the demographics and healthcare engagement level of these populations.”