In the 30 years since its inception in 1992, the advancements made by the British Columbia Centre for Excellence in HIV/AIDS (BC-CfE) have transformed HIV from a rapidly fatal disease, to a chronic and manageable illness that is highly, and easily, preventable. By helping shape local and global policy with its Treatment as Prevention strategy, the BC-CfE has quite literally revolutionized HIV/AIDS care, saving and improving millions of lives worldwide. 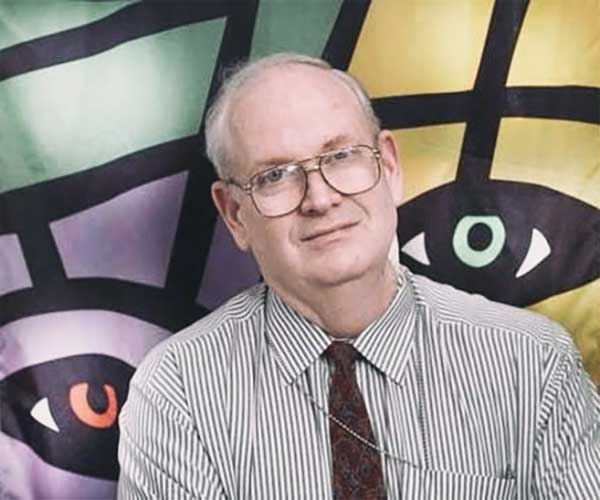 The groundwork for these advancements however, was laid over a decade, before the BC-CfE was officially established, when the outlook for people living with HIV/AIDS was quite bleak. In 1981 when HIV cases first appeared in North America, a group of dedicated healthcare providers at St. Paul’s Hospital came together to tackle this mysterious illness and in 1986 formed a comprehensive primary care clinic and specialized research unit which is now known as the John Ruedy Clinic. Critical in this regard was the support and encouragement of the Sisters of Providence.

Among this team, was Dr. Julio Montaner, current Executive Director and Physician-in-Chief of the BC-CfE, who arrived in Canada in 1981 to begin a career in respiratory medicine. As his pulmonary training coincided with HIV’s emergence, little did he know that the clinical cases he would see and solve in the 1980s, would not only inform a 40-year career as one of the world’s preeminent HIV/AIDS researchers, but also provide the backdrop for the creation of an organization devoted to improving and prolonging the lives of those living with HIV in British Columbia.

As the son of a respiratory specialist, born and raised in Buenos Aires, Dr. Montaner moved to Vancouver in an effort to professionally distance himself from his father. Dr. James Hogg was the then-director of the Pulmonary Research Laboratory at Vancouver’s St. Paul's Hospital, and invited Dr. Montaner to come and work for him Canada, an invitation Dr. Montaner accepted. 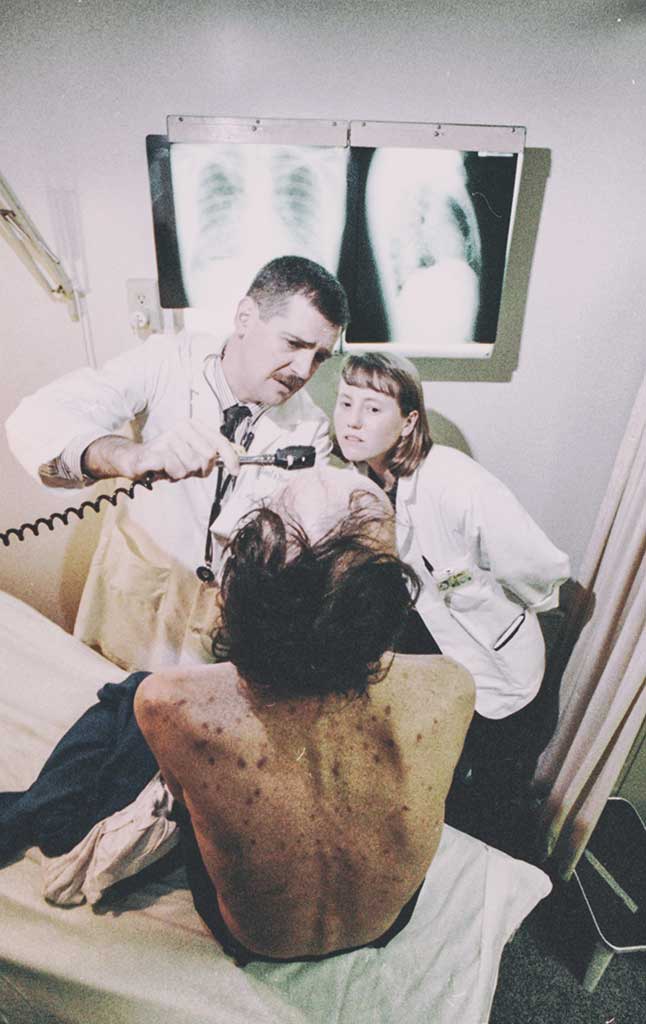 As the Lancet reported, at the time, “No one had yet heard of HIV when Montaner came to join me. We were a pulmonary research lab, and we were working on acute lung injury”, says Dr. Hogg.

In 1987, after working with Dr. James Hogg, and having completed his Residency training in Internal Medicine and Respiratory Medicine at UBC and St. Paul’s Hospital, Dr. Montaner accepted an invitation by Dr. John Ruedy, then head of the Department of Medicine at St. Paul's, to establish a clinically focused AIDS research programme. The St. Paul’s Foundation and more specifically its Board Chair at the time, Mr. Terry Salman, played a key role in the support of these initiatives during the early days.

During this time, Dr. Montaner was seeing patients with AIDS-related Pneumocystis pneumonia, which was the most frequent life-threatening complication among people living with HIV in the first two decades of the pandemic. In an article about Dr. Montaner published by the Lancet, Dr. Montaner describes how he tried using anti-inflammatory drugs as adjunctive therapy for patients with AIDS-related Pneumocystis pneumonia, saying “It seemed counterintuitive to use corticosteroids in immune deficient patients, but it was as much a matter of immune dysregulation as suppression.” 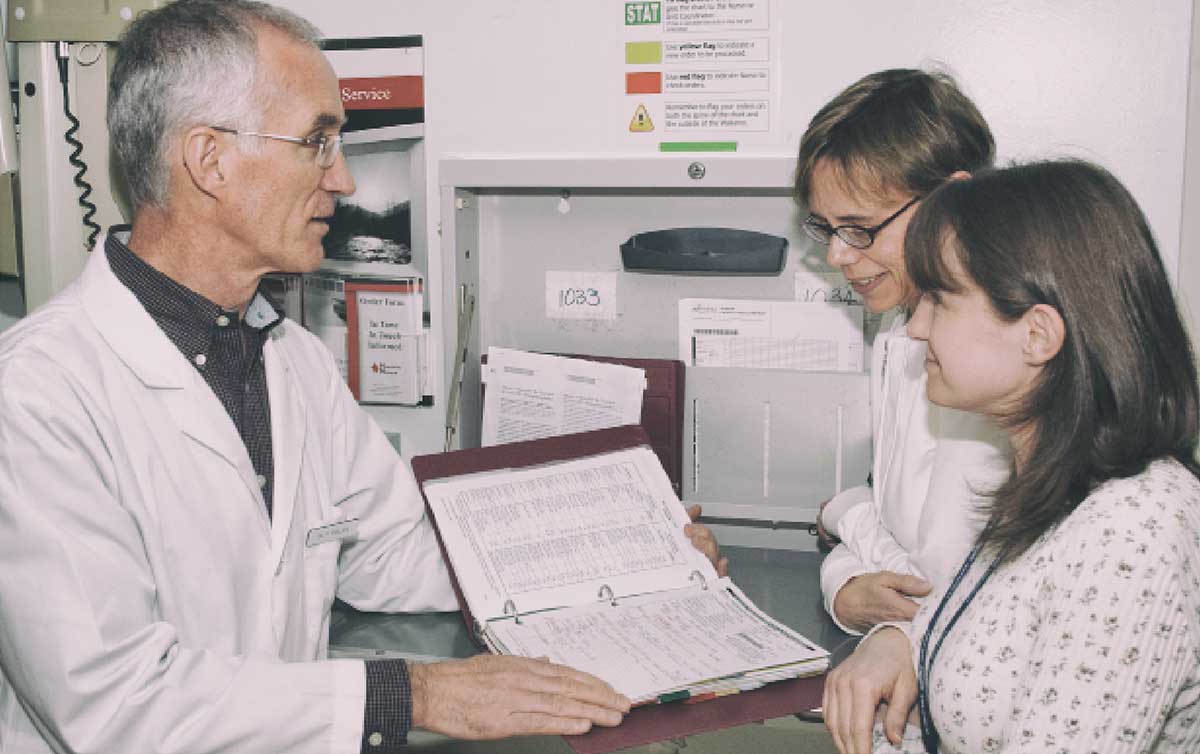 This work led to a consensus statement issued by a US expert panel in 1990 recommending the use of adjunctive corticosteroids for with AIDS-related Pneumocystis pneumonia, which, all these years later, remains the basis of current treatment guidelines. It was also during this time that Dr. Montaner began researching azidothymidine (AZT) monotherapy for HIV, under the leadership of Dr. John Ruedy.

These clinical milestones were improving outcomes for those living with HIV, but without effective treatment, the epidemic remained unabated, and in response the province of BC agreed to establish the BC-CfE in 1992. Led by inaugural director Dr. Michael O’Shaughnessy, the province tasked the BC-CfE with defining, implementing, evaluating and enhancing the necessary management programs to improve and prolong the lives of those living with HIV.

With a new mandate, BC-CfE researchers were at the forefront of HIV treatment, building upon the original monotherapy AZT to incorporate two and three drug regimens. It was in these three drug therapies, that researchers at the BC-CfE made the breakthrough that changed HIV/AIDS and marked a turning point in the epidemic.

The day we recognised that triple therapy could suppress viral load was one of the happiest days of my life.

It occurred when the reference Virology Laboratory in Montreal expressed a concern because they were having trouble culturing virus from treated patients on the clinical trial evaluating a novel three drug regimen. Shortly thereafter, using the yet to be validated PCR based viral load test, the BC-CfE realized the cultures were not growing virus because the patients had actually suppressed viral replication to the point that treated patients achieved an undetectable viral load. All of this took place within the context of the INCAS (Italy, the Netherlands, Canada and Australia) trial led by Dr. Montaner which establish for the first time the efficacy of NNRTI based triple therapy, eventually termed highly active antiretroviral therapy (HAART).

The adoption of HAART following its debut at the 1996 Vancouver International AIDS Conference, was truly life-changing. Prior to HAART, the life expectancy of a 20-year-old person diagnosed with HIV was under 10 years. Following the implementation of HAART, life expectancy increased to more than 50 years.

This early chapter of the BC-CfE’s history and the clinical advances that led to its creation, helped bring lifesaving treatment to all people living with HIV anywhere in British Columbia and set the BC-CfE to be at the forefront of global HIV research going forward.