The establishment and legacy of the Drug Treatment Program 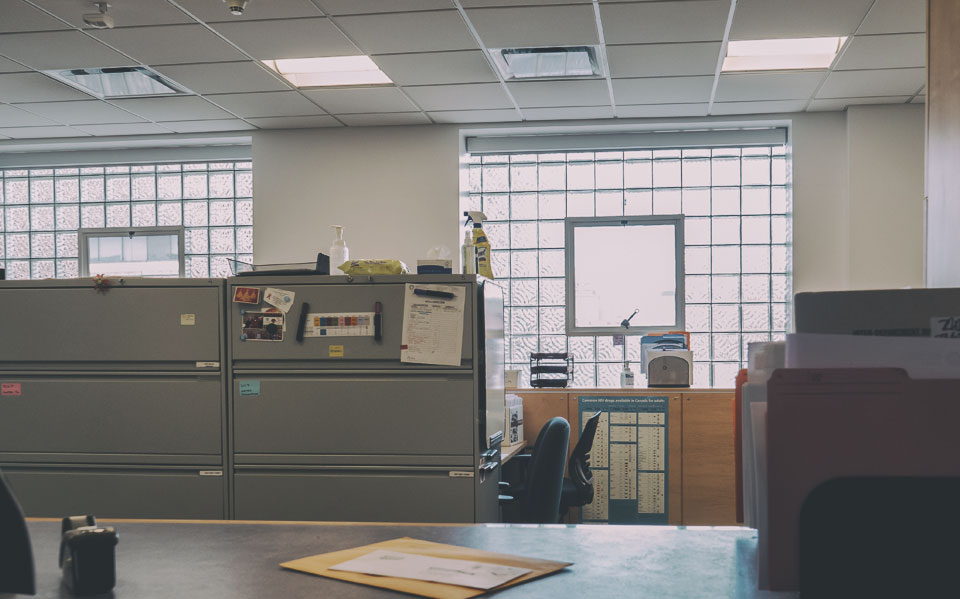 The BC Centre for Excellence (BC-CfE) Drug Treatment Program (DTP) is an unparalleled world-class clinical registry designed to facilitate access to provincially subsidized antiretroviral therapy (ART) free of cost to participants who are medically eligible persons living with HIV in BC. This BC Pharmacare-funded program not only acts as a registry for people living with HIV and for HIV-treating physicians in BC, but also serves as an "early warning system" to alert key stakeholders about the trajectory of the disease. The data within the DTP is also the basis for monitoring and evaluation, quality improvement and research, helping to improve the effectiveness of antiretroviral therapy, and inform policies which reduce the severity and spread of HIV/AIDS.

Dr. Bob Hogg, a BC-CfE Senior Research Scientist, was instrumental in the establishment of the DTP back in 1992, in close collaboration with BC-CfE co-founders Dr. Michael O’Shaughnessy, Dr. Martin Schechter, and Dr. Julio Montaner, BC-CfE’s current Executive Director and Physician-in-Chief.

As the principal architect of the DTP, Dr. Hogg insists the program would have started with or without him, suggesting that he was just at the right place, at the right time.
That place was BC, then the Canadian epicentre of the HIV/AIDS epidemic, and that time was the early 1990s. 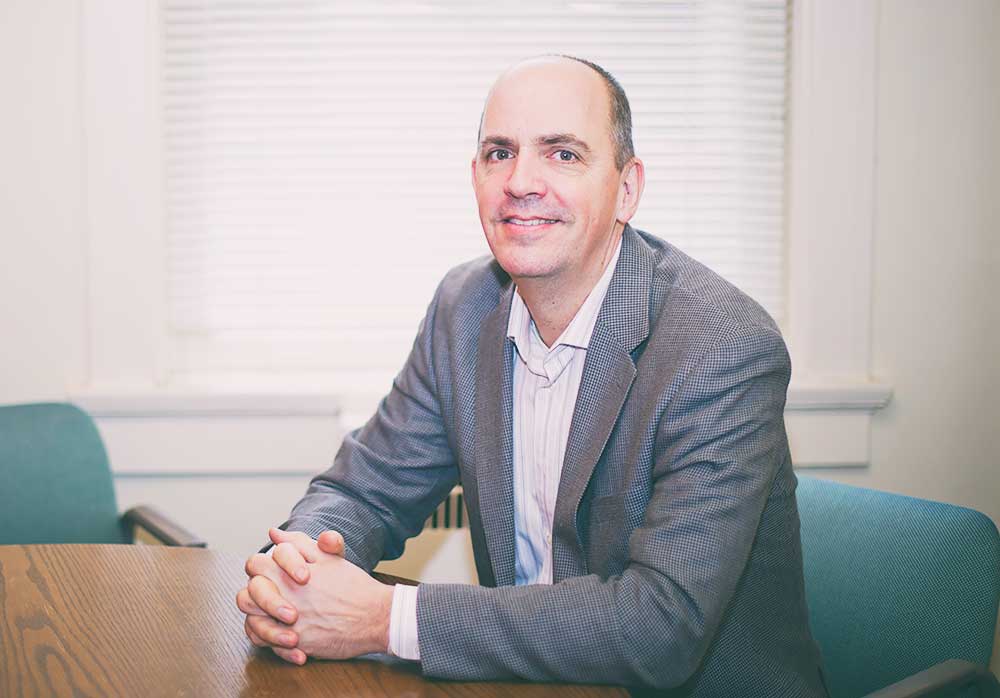 Around the time of the DTP’s creation, a British Columbian was dying from AIDS nearly every day, and Dr. Hogg had just started his postdoctoral work with the Canadian Institutes of Health Research Canadian HIV Trials Network (CTN). Dr. Hogg was working with Dr. Montaner, a founding CTN co-director alongside Drs. Schechter and O’Shaughnessy, and the group was engaged in a clinical trial looking at an experimental vaccine to lessen HIV symptoms.

At the time, given his expertise in Demography, Epidemiology and Population Health, Dr. Hogg was tasked to develop a registry of people interested to volunteer in much needed clinical research trials of potential treatments and vaccines for HIV/AIDS. Once the team secured the mandate to establish the DTP, it was only natural to pivot the incipient registry into a province wide treatment registry, which became the DTP.

Dr. Hogg credits the growth and longevity of the DTP to the foresight of Dr. O’Shaughnessy. As the Director of the brand-new BC-CfE, Dr. O’Shaughnessy foresaw that the DTP would eventually grow to become much larger and become vital to the global effort to end HIV/AIDS.

I think the success of the DTP is due to its leaders at the time not looking for just a current solution, but looking towards the long-term strategy to support and enhance the therapeutic and preventive effort in BC. This is why so much work was put in place to get the DTP established, and why there was such a push to really see the future and use this as a resource to help people living with HIV, and eventually those at risk for HIV, as well.

Before the introduction of combination ART, which combines several antiretrovirals and reduces viral loads to the point where people cannot transmit the virus, people living with HIV were treated with a single drug, or monotherapy, initially with AZT, or zidovudine, the only available agent starting in 1986.

Creating the DTP allowed researchers to see how people were reacting to treatment, and then to use this information in combination with emerging research results to create guidelines for BC, which eventually contributed to guidelines internationally. The BC-CfE turned to the Oracle Corporation for database management, allowing it to set up safe and secure databases and an anonymous identification system, which excluded personal information but still allowed for tracking over time.

As Dr. Hogg said, “The aim was to have a registry similar to existing comprehensive cancer registries in BC and elsewhere, which would follow people’s experience over time, and keep track of their personal health.” The creation of the DTP was “a great leap forward for the Centre”, noted Dr. Hogg, who describes the program as unique, with no equal in Canada, and with very few counterparts in the world.

Over time, as the DTP grew larger with more data from more participants, BC-CfE researchers could look to the data within the DTP for answers to questions like frequency of hospital use for those living with HIV, or causes of death, or rates of diagnoses.

“The DTP is at the core of all studies coming from the BC-CfE,” said Dr. Hogg. “We use it to get insights on how people are doing and the program never gets away from our prime directive of helping people living with HIV and making their lives better.”

Dr. Junine Toy, the Senior Manager of the DTP since 2017, has worked in HIV care for over 20 years as a clinical pharmacist. She says her interest in the field began because she was inspired by pivotal scientific breakthroughs in antiretroviral therapy and monitoring in the latter half of the 1990’s, and because she was deeply moved by the life stories of persons living with HIV. 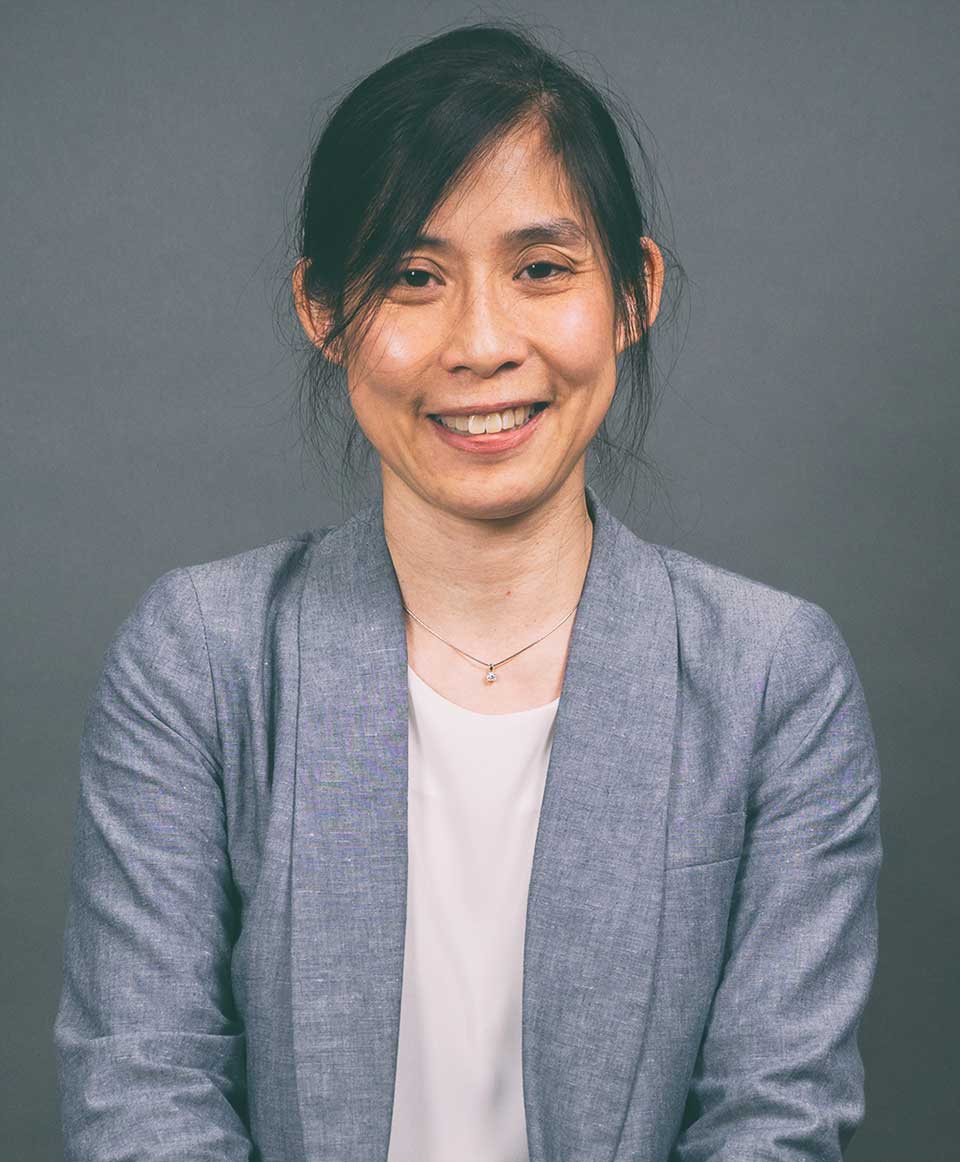 As the Senior Manager of the DTP, Dr. Toy’s focus is to ensure continued development and application of Treatment as Prevention (TasP) strategy. TasP is based on the proven concept that earlier access to testing and universal, sustained treatment improves quality of life for those living with HIV and curbs HIV transmission. Through administration of evidence-based guidelines developed by the BC-CfE’s multidisciplinary Committee for Drug Evaluation and Therapy, each BC-CfE client has access to the appropriate treatment, whether they’ve been diagnosed with HIV, or if they’re deemed to be at a clinical risk of HIV infection.

Part of the TasP strategy for the DTP involves a process to ensure the prescribed HIV treatment or prevention regimen meets the client’s individual medical needs. The DTP ensures appropriate treatment for individuals by considering relevant laboratory tests, health information, current medications and medication side effects and potential interactions, in order to help verify the prescribed HIV medications will be safe and effective.

This individualized care is an ongoing process, as the DTP also documents changes in HIV medications, and other relevant health information, from clients’ prescribers.
This centralized approach is actively used for monitoring ARV utilization. When needed, the DTP will remind healthcare providers about specific interventions which may be required. For instance, when a client stops picking up their PrEP or their ART prescriptions, a letter from the DTP is sent to the prescriber to prompt client follow-up and re-engagement. In cases of prolonged ART interruption, public health outreach support is triggered. This support system is known as the Re-Engagement and Engagement in Treatment for Antiretroviral Interrupted and Naïve populations (RETAIN) Initiative, a partnership between the BC-CfE, Medical Health Officers from each BC health authority, and HIV outreach workers.

The DTP keeps a secure health record for every participant, and this clinical information is available to the client’s healthcare provider to facilitate client care. This secure health record can be de-identified and used for overall DTP monitoring and evaluation, continuous quality improvement, public health purposes, and public interest research. All of this vital information is collected in full accordance with privacy law and institutional ethics requirements.

The DTP ensures client safety by working in tandem with the BC-CfE’s Pharmacovigilance Initiative, which collects, evaluates, and analyzes reports of drug toxicity, and use this information to understand and prevent drug-related problems. Adverse drug reactions, more commonly known as "side-effects", to antiretroviral medications can affect client health and interfere with treatment success. All drugs are tested for safety before they are approved for sale in Canada; however, the pre-marketing clinical trials cannot study enough people to be able to detect adverse drug reactions that are rare, take a long time to develop, or mainly affect particular groups, like women, or seniors. These toxicities may be discovered after a drug is used in the general population. Ongoing monitoring of adverse drug reactions is required to detect unexpected toxicities as soon as possible, so health care providers can be alerted to emerging safety concerns. The DTP and the Pharmacovigilance Initiative work together to protect patient safety at both the population level and individual level.

The paramount concern of the DTP is to ensure all medically eligible BC residents have to access to safe and effective therapy. We provide thousands of persons in BC living with HIV and at risk acquiring of HIV access to antiretroviral medication at no cost. By reducing barriers to treatment access, we can achieve our goal of significantly improving the health of persons living with HIV and those at risk of HIV.

The DTP is a cornerstone of the BC-CfE, and its successful functioning. In tandem with monitoring and evaluation, research, and its various alert systems, it ensures appropriate and safe use of antiretroviral medications for HIV treatment and prevention in BC. Because of the DTP, about 7,500 current participants living with HIV have access to treatment to help achieve full and healthy lives, an undetectable viral load, and effectively untransmittable. PrEP, the largest of the DTP’s HIV prevention programs, providing treatment at no cost for BC residents, has 10,000 enrollees and nearly 6,000 current participants, offering them an effective tool to reduce their likelihood of contracting HIV to nearly zero.