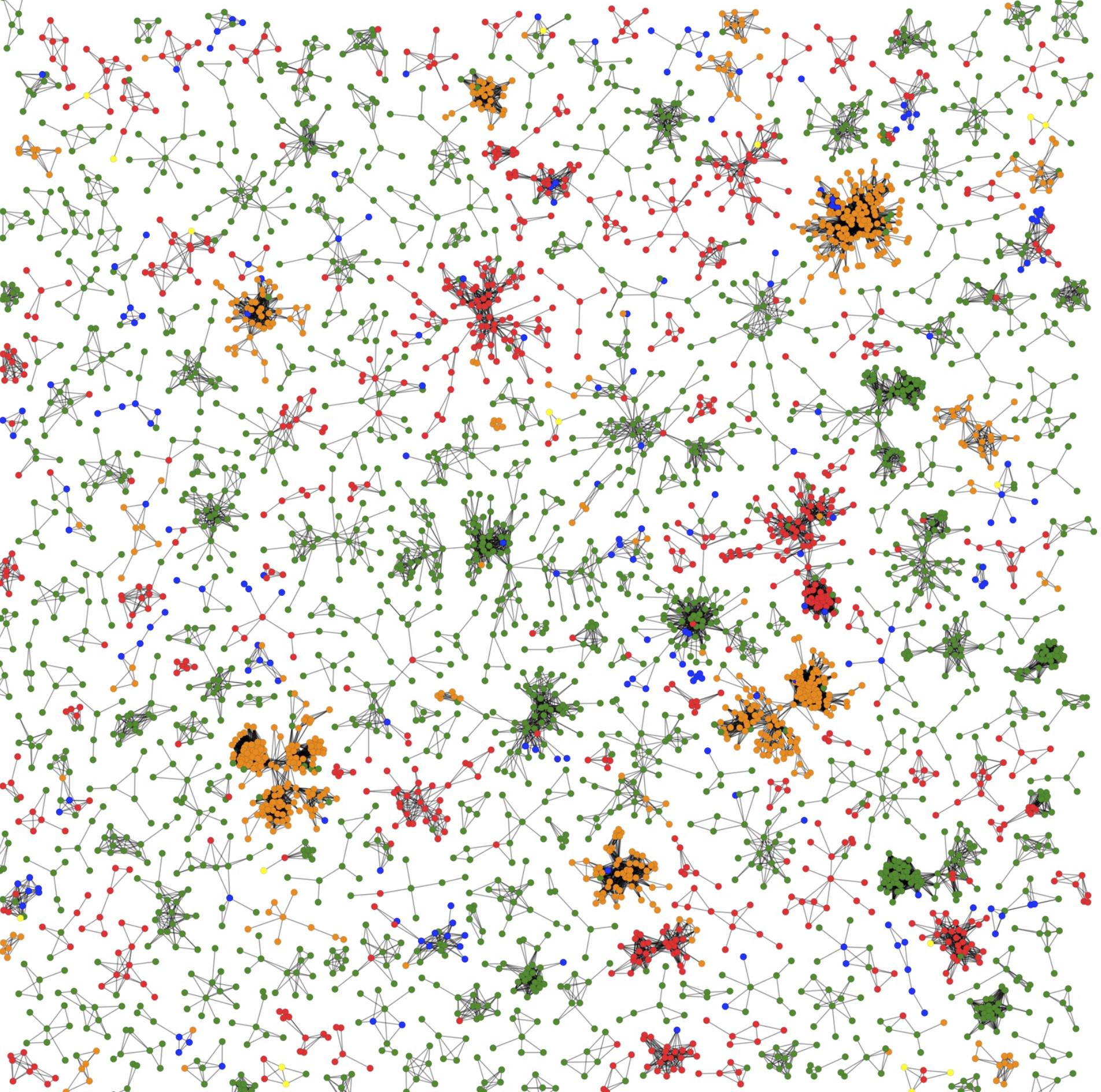 An image created by the BC-CfE illustrating phylogenetic clusters of HIV virus.

When a person is able to consistently stay on a course of HIV treatment that works effectively, their quality of life improves and their viral load becomes undetectable, meaning they cannot transmit the HIV virus to others. These concepts form the Treatment as Prevention® (TasP®) strategy, pioneered at the BC-CfE. TasP® has the goal of reaching people living with HIV through early testing and treatment in order to improve their overall health while reducing transmission of the disease. It forms the basis of the United Nations’ Sustainable Development Goal and the UNAIDS 90-90-90 target to end AIDS by 2030. To achieve the 90-90-90 target globally means diagnosing 90% of people living with HIV, treating 90% of those diagnosed, and achieving viral suppression of HIV in 90% of those treated.

Personalized medicine is an important piece of the TasP® strategy. On a daily basis, the BC-CfE conducts genome analysis of HIV virus samples from across the province, across Canada (except Quebec) and many places around the world. In British Columbia, HIV genomic analysis forms part of the standard of care when an individual has a detectable HIV viral load. The process, called resistance testing, allows for the identification of variants of the virus that are resistant to current HIV therapies. Those instances, due to virus mutations, are communicated to physicians to inform treatment decisions for the patient.

“The technologies we are using can have an almost immediate impact on the health of people being treated for HIV, as resistance testing results are quickly reported to doctors to help better tailor treatment,” says Dr. Chanson Brumme, BC-CfE Research Scientist and Interim Director of the Laboratory Program. “On the laboratory side, we are aiming to continually improve HIV drug-resistance testing, real-time drug resistance surveillance and methods for personalizing treatment of HIV.”

The advancements in personalized medicine for HIV contrast with the early days of the disease, when more than 50% of patients were responding poorly to initial therapies that were part of a one-size-fits-all approach.

In addition to providing a direct benefit to patients’ therapy, resistance testing produces vast amounts of genetic data that, when put together, can yield additional insights. Studying a large collection of genomic data has improved our understanding of how the HIV virus evolves and how the disease can be better treated with existing drug therapies.

The BC-CfE Laboratory Program mines the collection of HIV genetic sequence data for clues on how HIV is spread. Through this secondary use of data, BC-CfE scientists can identify groups of viruses in “family trees” with similar genetic characteristics. Studying HIV in this way—called phylogenetics—can establish networks of HIV and help inform the BC-CfE on how to prevent new cases. The project is supported by Genome BC, Genome Canada, Genome Quebec, the Public Health Agency of Canada and the Canadian Institutes of Health Research.

“When a cluster of HIV sequences from a number of infections have a high degree of genetic similarity, they are likely to be related by one or more recent transmission events. This information is useful for engaging individuals in treatment and care,” says Dr. Jeff Joy, BC-CfE Research Scientist.

Since 2014, the BC-CfE has conducted similar analyses of hepatitis C virus in instances of drug therapy failure. This testing category forms part of the strategy for Targeted Disease Elimination to address another major health burden of our time. In B.C., there are approximately 80,000 people living with hepatitis C. Since March of this year, hepatitis C treatment has been accessible to any British Columbian living with chronic hepatitis C as covered through PharmaCare.

Globally, technologies developed at the BC-CfE Laboratory Program have expanded access to improved personalized medicine in resource-limited settings. The BC-CfE shares protocols with labs around the world and often hosts visiting scientists and technicians for training in drug resistance testing. In addition, the BC-CfE created an innovative software tool for HIV genomic analysis: RECall is offered free-of-charge and utilized in over 100 laboratories across Europe, Sub-Saharan Africa and South America. RECall automatically processes DNA sequences obtained from lab samples, significantly cutting down on workload and errors, allowing for more personalized HIV therapies and bringing faster testing results to individuals living with HIV.