Q&A with Oghenowede Eyawo: Research Points to Major Shifts in Mortality and Causes of Death among People Living with HIV 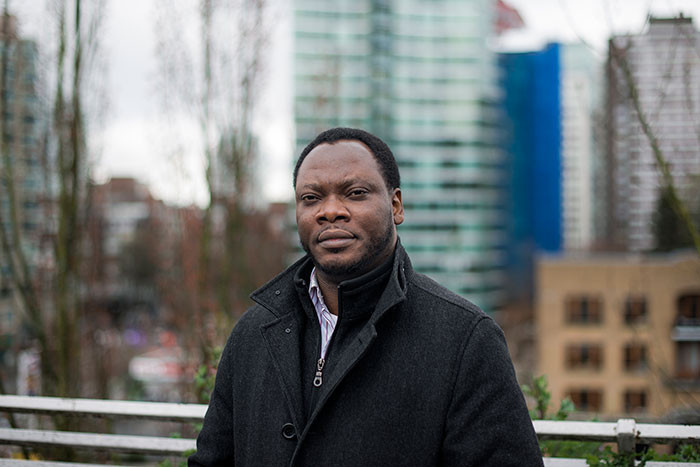 People with HIV are now living longer, and are less likely to die from an AIDS-defining illness. What do we know about their health and quality of life today?

People with HIV who are receiving combination antiretroviral drugs can now live full, long lives—increasingly comparable to those who are HIV-negative. Two recent studies by the BC Centre for Excellence in HIV/AIDS (BC-CfE) point to what else has changed now that people living with HIV are expected to live much longer. One study describes how mortality rates and causes of death have changed over time for both persons living with and without HIV, and how these changes compare. Another study compares the time spent in healthy states for people living with HIV to those without HIV.

Both studies draw data from the BC-CfE’s Comparative Outcomes And Service Utilization Trends (COAST) study. COAST is a population-based study aiming to examine the health outcomes and health service use of HIV-positive men and women, as compared to a random 10% sample of the total population of British Columbia. The study is the first of its kind in Canada and contains a wealth of health data spanning about a decade and a half (from 1996 to 2013).

Oghenowede (Ede) Eyawo is a researcher at the BC-CfE and is a Co-Principal Investigator on the COAST Study.

BC-CfE: What do we know about HIV and mortality today?

Oghenowede (Ede) Eyawo: Our study, published in the BMC Infectious Diseases Journal, investigated the changes in mortality rates and causes of death of people living with HIV, and compared them to those of a random sample of British Columbians. The findings showed a huge drop in mortality rates from when lifesaving combination antiretroviral treatment was introduced—a treatment which is now the gold standard in HIV treatment. There was an over 90% reduction in the mortality rate from HIV/AIDS-related causes, when rates were compared from 1996 to that those from the 2011-2012 era. Among both HIV-positive and HIV-negative individuals, non-AIDS-defining cancers are currently the leading non-HIV/AIDS-related cause of mortality.

BC-CfE: What is the significance of this research?

OE: Through our research we can confirm that people with HIV are no longer as likely to die from AIDS as they were several decades ago. Overall quality of life is also improving for people living with HIV, who are also dying less often from diseases of the liver and from drug use or overdoses. It is important to note that HIV-negative individuals still have lower overall mortality. Deaths from neurological disorders are the exception to this rule: HIV-negative individuals appear to die more from neurological disorders compared to HIV-positive individuals, as these increase with age. But here too there is has been a shift: compared to the mid-1990s, people living with HIV are now trending more towards developing such ailments of the nervous system, likely a reflection of longer lives and aging.

BC-CfE: What is the overall life expectancy of people living with HIV in Canada?

OE: People living with HIV are now expected to live full and active lives on sustained and consistent antiretroviral treatment. According to previous research from the BC-CfE, individuals who are living with HIV and are on treatment are now expected to live to 65 years of age. This is a notable improvement since the emergence and peak of the epidemic in the early 1990s, however it is still below that of the general population. Notably, there remain disparities in longevity with HIV for women, people of Aboriginal descent and vulnerable groups such as injection drug users.

BC-CfE: What has led to people with HIV living longer?

OE: The development of lifesaving drugs laid the groundwork for a major shift in how we treat HIV. Treatment as Prevention, a groundbreaking concept pioneered by BC-CfE Director Dr. Julio Montaner, is based on the idea of expanding access to HIV testing and earlier access to treatment as a means of controlling the epidemic. On treatment, an individual can achieve an undetectable viral load, at which point their health and longevity greatly improve and their chances of spreading the virus drop to negligible. We know that starting treatment early and staying on treatment consistently greatly improve health outcomes. Other recent developments that have upped treatment efficiency include genome analysis to better tailor HIV treatment. Before we had a one-size-fits-all approach to treatment but now we can better refine medicine if there are instances of drug resistance, for example.

BC-CfE: How can we address concerns for individuals living with HIV?

OE: Another recent BC-CfE study, published in The Lancet HIV, found that, while people with HIV are living longer, they are spending less overall time in healthy states than the general population. And this disparity was found to widen across gender lines, affecting women living with HIV more than men living with HIV. Individuals living with HIV still face higher rates of concurrent chronic illness than the general population. It is important to address their shorter life expectancies and their wide range of needs for health care services.

BC-CfE: Why is it important to monitor causes of death among people living with HIV?

OE: This monitoring helps, for example, to better understand the impact of increased access to HIV treatment with antiretrovirals. It is critical to know where there are gaps in access so they can be addressed. Expanding earlier testing and access to treatment are key to ending AIDS. It is also important to know what ailments or conditions are tending to affect the health and wellbeing of individuals living with HIV as they age. Individuals who are aging with HIV may be living with multiple health concerns and juggling a number of prescription medicines. Research knowledge supports health care providers in helping people living with HIV navigate the health care system more confidently and efficiently.

Read a research summary of the study published in BMC Infectious Diseases.