Are we close to the end of AIDS? 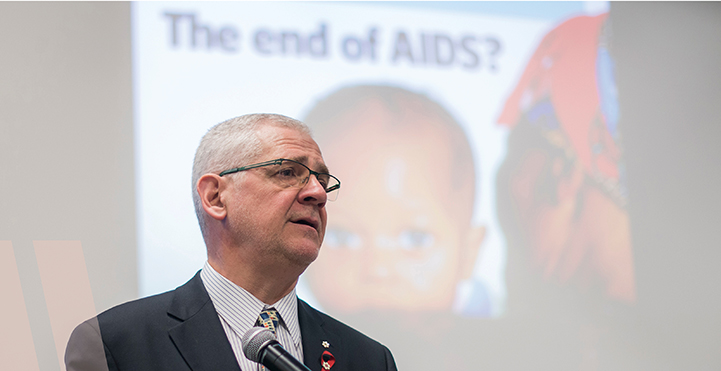 Just two years ago, UNAIDS announced a window of opportunity to end the AIDS epidemic by 2030 by fast-tracking towards meeting the 90-90-90 Target. There was tempered optimism this ambitious goal was within reach. Now, the international HIV community is experiencing a sense of urgency: complacency is moving us perilously close to an HIV rebound.

This was a main focus when experts, advocates and community gathered for the most recent AIDS conference in Amsterdam this past summer. According to the World Health Organization, there are too many people not accessing care which will impede reaching the Target goals of 90% of all those living with HIV being diagnosed, 90% of all those diagnosed accessing treatment and 90% of those on treatment achieving viral suppression.

Some leading governments have stalled funding towards helping to expand access to treatment for ending AIDS. After widening access to treatment in Africa from a baseline of 50,000 to 14 million, funding for PEPFAR, the United States President's Emergency Plan for AIDS Relief, has generally plateaued for the past decade. This, despite the fact that HIV treatment is still not accessible in many health care settings in low- and middle-income countries.

At a time when we have reached consensus on the made-in-BC 90-90-90 Target as a means to end AIDS as a pandemic, the international community's investment is faltering. Canada needs to lead the charge in asking for the expansion of the funding envelope to provide universal coverage for effective HIV treatment and prevention drugs.

At the last Global Fund Replenishment Conference in 2016, Canada boosted its international funding for fighting HIV by 20%. Canada must be a model in ending AIDS here at home and deliver on the promise of the Treatment as Prevention (TasP) strategy. The winning and cost-effective TasP strategy, implemented in BC, involves expanding access to testing and the immediate, universal provision of HIV antiretroviral treatment upon diagnosis. More recently, seven Canadian provinces, including BC, expanded coverage of the HIV prevention drug, PrEP (pre-exposure prophylaxis).

The goal set to end AIDS by 2030 is not an arbitrary one. With a growing global population and strains to be imposed by climate change, we need to end AIDS before resources are shifted.

Climate change will impact progress on global health in ways both expected and unexpected. Food insecurity and drought can make it difficult to use HIV antiretroviral medications, even when available, as many must be taken with food. Triggered by the effects of changes in weather and landscape, mass migration is anticipated to increase. 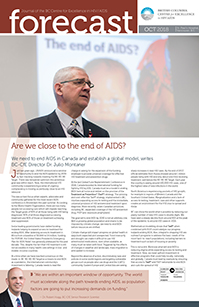 Beyond the absence of action, discriminatory laws and policies in some world regions are targeting vulnerable groups such as people who use drugs and the LGBTQ community. Eastern Europe and Central Asia are seeing sharp increases in new HIV cases. By the end of 2017, official estimates from Russia showed around 1 million people living with HIV and only about one third receiving treatment, well below the 90-90-90 Target. Each year the country is seeing around 100,000 HIV cases, one of the highest rates of new infections in the world.

North America is experiencing pockets of HIV growth, for example in regions of Western Canada and the Southern United States. Marginalization and a lack of access to testing, treatment, care and other supports creates an environment for the HIV virus to spread and thrive.

BC can show the world what is possible by reducing our yearly number of new HIV cases to double digits. We have seen a steady decline from around 900 at the peak of the epidemic to around 200 cases in 2016.

Mathematical modelling shows that TasP when combined with PrEP could catalyze our progress towards ending AIDS. Also, integral to stopping HIV are outreach programs to address the basic needs of the most hard-to-reach populations, including barriers to treatment such as lack of housing or poverty.

This is not a drill. We know what will end AIDS is reducing stigma while expanding access to testing and treatment. Now, we need upfront investment in effective programs that could help locally, nationally and globally. Canada must lead by example by ensuring free access to TasP and PrEP nationwide to end AIDS and curb the spread of HIV.