BC aims to reduce new cases of HIV with expanded PrEP 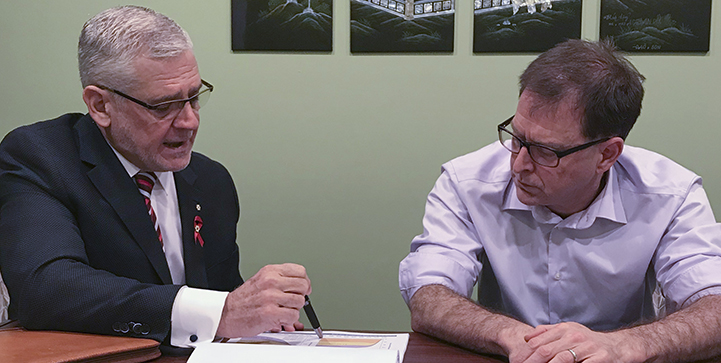 As of January 1st, the province of British Columbia is covering the cost of pre-exposure prophylaxis treatment (PrEP), recommended by the BC Centre for Excellence in HIV/AIDS (BC-CfE) as an effective method to prevent HIV in people at risk of infection.

“The addition of PrEP to our Treatment as Prevention strategy will further accelerate the decline of new HIV infections in the province,” said Dr. Julio Montaner, director, BC-CfE. “This move further demonstrates BC’s continuing leadership in decreasing HIV and AIDS by addressing the specific healthcare needs of all British Columbians.”

The new program joins the existing, and newly expanded, PEP (post exposure prophylaxis) program. Developed and managed by the BC-CfE for the past twenty years, the PEP program has provided HIV prevention medication in instances of sexual assault and occupational exposure.

With the support of the provincial government, the BC-CfE has expanded NPEP (non-occupational post-exposure prophylaxis) provincially. NPEP covers individuals who may have been exposed to HIV through consensual drug use or sexual encounters.

“Our government is committed to helping fight the spread of HIV/AIDS and supporting people as they take action to protect themselves from this virus,” said Adrian Dix, Minister of Health in a press release. “Making this medication free for people will prevent new HIV infections, remove barriers to care and services, and help people live longer and healthier lives.” 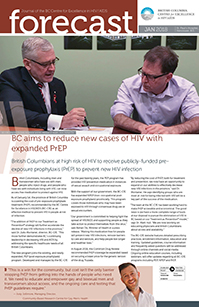 In August 2016, the Common Drug Review recommended PrEP coverage be expanded based on securing a lower price for the generic version of the drug Truvada.

“By reducing the cost of PrEP, both for treatment and prevention, we now have an opportunity to expand our abilities to effectively decrease new HIV infections in the province,” said Dr. Montaner. He says identifying groups who are most at-risk for being infected with HIV will be a key part of the success of the medication.

“The team at the BC-CfE has been working hard to make PrEP accessible and economical. The good news is we have a more complete range of tools at our disposal to pursue the elimination of HIV in BC based on our Treatment as Prevention model,” says Dr. Mark Hull. “We are now working on educating physicians and British Columbians about access and availability.”