Getting to Zero: A Call for World AIDS Day 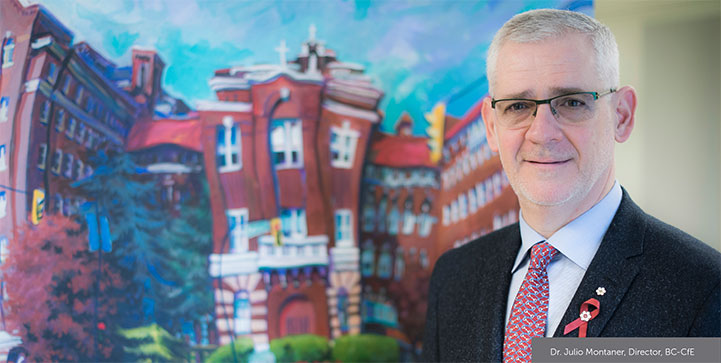 Ending AIDS as a pandemic is very possible and can be done using our made-in-Canada Treatment as Prevention (TasP) strategy, a disease elimination strategy pioneered by the BC Centre for Excellence in HIV/AIDS (BC-CfE). UNAIDS has embraced the ambitious goal of ending AIDS by 2030, and this has now been formally endorsed within the United Nation’s Sustainable Development Goals agenda. On World AIDS Day, UNAIDS will be calling for the world to achieve “Zero new HIV infections. Zero discrimination. Zero AIDS-related deaths.”

Moreover, investing in a TasP strategy and its related “90-90-90” target will drive better individual outcomes, better public health outcomes, and promote health care sustainability. According to research from the BC-CfE, over the next 25 years the implementation of TasP in B.C. will save over $65 million. Similarly, implementing the strategy in South Africa would save up to 5.5 million lives and US$28.7 billion within forty years. And the return on the investment becomes very attractive, very quickly, as UNAIDS predicts a 15-fold return on the investment over five years. 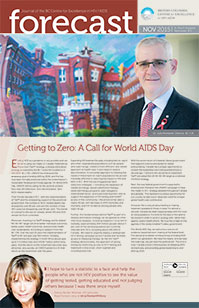 Expanding HIV treatment broadly, including hard-to-reach and often-stigmatized populations such as people who inject drugs, creates a more efficient, less-siloed approach to health care. It also helps to reduce discrimination. A concerted approach to meeting the needs of these hard-to-reach populations has proven markedly effective in reducing the impact of HIV and AIDS in BC. With the use of aggressive harm reduction strategies - including the expansion of needle exchange, opioid substitution therapy, observed therapy programs, peer navigators, medicalized heroin, and supervised injection sites to support the expansion of HIV testing and HAART access in this community - the province has seen a nearly 90 per cent decrease in AIDS morbidity and mortality, and HIV incidence among people who inject drugs.

Further, the fundamentals behind TasP as part of a disease elimination strategy can be applied to other infectious diseases, including hepatitis C virus (HCV). Globally, approximately 200 million people (about 3 per cent of the world population) are currently infected with HCV, including about 240,000 in Canada. We need to urgently deploy a widespread HCV testing campaign across Canada and facilitate access to lifesaving therapy. As the HIV TasP strategy demonstrates, the approach of saving money by restricting access to HCV testing and treatment is draconian, short-sighted and counterproductive.

With the recent return of a federal Liberal government that supports science and evidence-based policymaking, Canada has a unique opportunity to reclaim the leadership role it relinquished almost a decade ago. Central to this would be to implement TasP and adopt the UN 90-90-90 target as a national HIV/AIDS strategy.

Next, the new federal government is expected to endorse and champion the UNAIDS campaign to have this made-in-B.C. strategy adopted throughout Canada and globally. This represents a unique opportunity for our country to take much-deserved credit for a major global health care contribution.

However, this is not just about testing or making treatment available to those in need. For almost a decade, Canada has dealt inappropriately with the most at-risk populations. It is time for the laws of this land to be revised in order to work in synergy with, rather than against, public health efforts. We trust this is high on the agenda of the newly installed Trudeau government.

This World AIDS Day, we welcome a new era of evidence-based decision-making at the federal level. This will serve to deliver on the promise of ending AIDS within our generation. We have the means, and we have the road map, we just need the political will. The time is now: Canada is back in the business of defeating AIDS domestically, and providing global leadership to end AIDS by 2030.