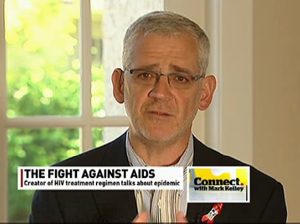 Treatment as prevention, the BC-CfE's groundbreaking strategy to curb the spread of HIV, is at the core of a new UNAIDS proposal calling for the expansion of antiretroviral therapy worldwide.

The "Treatment 2.0" initiative announced earlier this week by UNAIDS builds upon a concept pioneered by Dr. Julio Montaner and the BC-CfE research team that has already been implemented in British Columbia through the Seek and Treat pilot project.

Dr. Montaner spoke to CBC's Mark Kelley yesterday about the new approach and why we must not become complacent in the fight against HIV and AIDS.