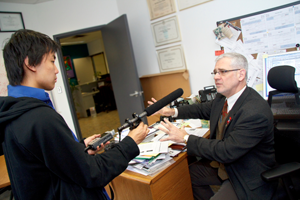 Vancouver’s innovative approach to HIV prevention, based on harm reduction and the BC-CfE’s pioneering “treatment as prevention” strategy, is profiled today in a New York Times feature and photo essay.

“By offering clean needles and aggressively testing and treating those who may be infected with HIV, Vancouver is offering proof that an idea that was once controversial actually works: Widespread treatment, while expensive, protects not just individuals but the whole community,” writes Times reporter Donald G. McNeil Jr.

The full article is available here.

To view a gallery of photos taken at Insite by Times photographer Ed Ou, click here.