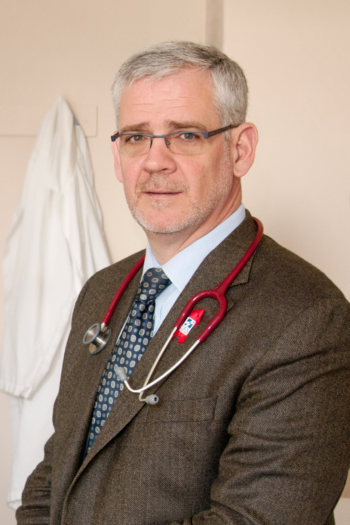 Dr. Julio Montaner, director of the British Columbia Centre for Excellence in HIV/AIDS and past-president of the International AIDS Society, received the award in recognition of his ongoing innovation in the development and delivery of HIV treatment.

In the mid-1990s, Dr. Julio Montaner played a central role in establishing highly active antiretroviral therapy (HAART) as the international standard of care for HIV infection.  More recently, he pioneered the groundbreaking concept of “treatment as prevention,” an internationally acclaimed strategy to avert new HIV infections through expanded access to HAART.

“It is a sincere honour to receive this prestigious award,” said Dr. Julio Montaner. “This significant recognition is a testament to the national and international impact of the important work underway in British Columbia to improve the way we seek and treat HIV and AIDS.”

For almost three decades, Dr. Julio Montaner has stood on the frontline of British Columbia’s response to HIV and AIDS. His contributions to the knowledge of HIV treatment have been instrumental in improving the health of tens of thousands in Canada and millions worldwide. Julio Montaner’s research, innovation, and tireless advocacy on behalf of all individuals have earned him many honours. Within the last year alone, he has been recognized with fellowship in the Royal Society of Canada, an honourary degree from Simon Fraser University, and most recently, the Order of British Columbia and the Albert Einstein World Award of Science.

Dr. Montaner's work has been endorsed by some of the world’s leading health care organizations, such as International AIDS Society, UNAIDS, the World Health Organization, the National Institutes of Health, and other international bodies. At the recent 2010 International AIDS Conference held in Vienna, July 18-23, UNAIDS Executive Director Michel Sidibe, identified their Treatment 2.0 as being based on Montaner's “Seek and Treat” strategy.