In The News on World AIDS Day:

What is World AIDS Day? 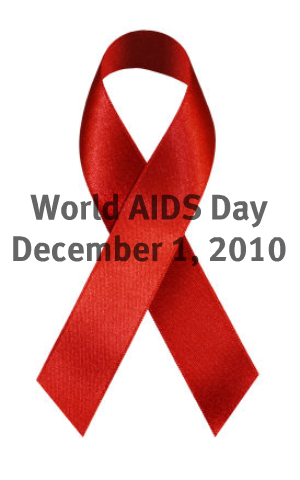 World AIDS Day began 1988 and is celebrated on December 1 each year around the world. It has become one of the most recognized international health days and a key opportunity to raise awareness, commemorate those who have passed on, and celebrate victories such as increased access to treatment and prevention services.

World AIDS Day is important in reminding people that HIV has not gone away, and that there are many things still to be done.

The vast majority of people with HIV and AIDS live in lower- and middle-income countries. But HIV today is a threat to men, women and children on all continents around the world.

The slogan for World Aids Day 2010 is “Universal Access and Human Rights.” Following this theme The British Columbia Centre for Excellence in HIV/AIDS will supporting Point of Care/Rapid HIV testing at certain locations across the province and encourage local officials to participate, to show that in our efforts together, we can stop HIV & AIDS.